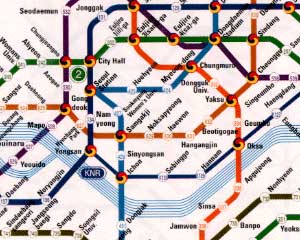 Subway Map Seoul
Seoul has quite a big subway system. On the left-hand side you can see a clipping of the whole plan. This small part already shows the problem which arises when colorblind people try to decipher subway maps: There are too few well distinguishable colors which can be used for coloring. 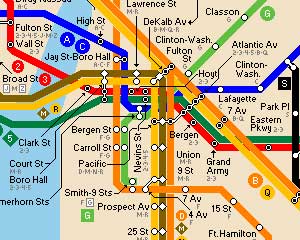 Subway Map Ney Nork
New York has the even larger subway system and therefore is a real challenge for the color department. Lines running parallel and crossing lines look often the same. This makes it hard to read. A good point: The line letters are spread over the whole map, so you can at least follow the letters. 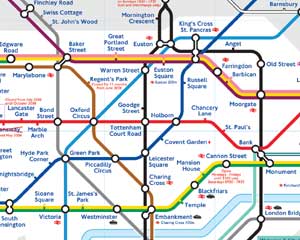 Subway Map London
Actually it should be possible to choose different colors combined with patterns to make a subway map readable. The London tube map is not any better than the others. Sometimes similar lines are either form north to south or east to west, a slight improvement. 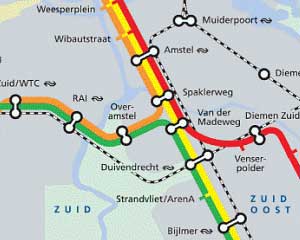 Subway Map Amsterdam
This is the very best I found. The Amsterdam subway map has only four different lines to distinguish. But still they weren’t able to choose the colors well enough. The green and orange (I hope they are green and orange) look almost the same to people affected by red-green color blindness! 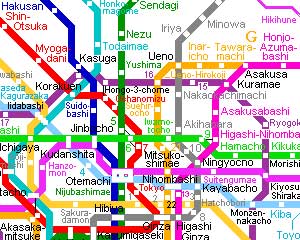 Subway Map Tokyo
This map looks the most complicated. Too many lines intertwine into each other. Too many colors who should be distinguished and matched to a legend. But at least they realized the problem that such maps are not readable for colorblind passengers and put effort into improvements.

All maps were found through The Subway Page, which has an incredible list of links to subway maps from all around the world.